Show us your potholes!

Residents and motorists in the Cotswolds are being urged to send their pictures of local potholes to their Lib Dem Councillors in order to get them reported and repaired. 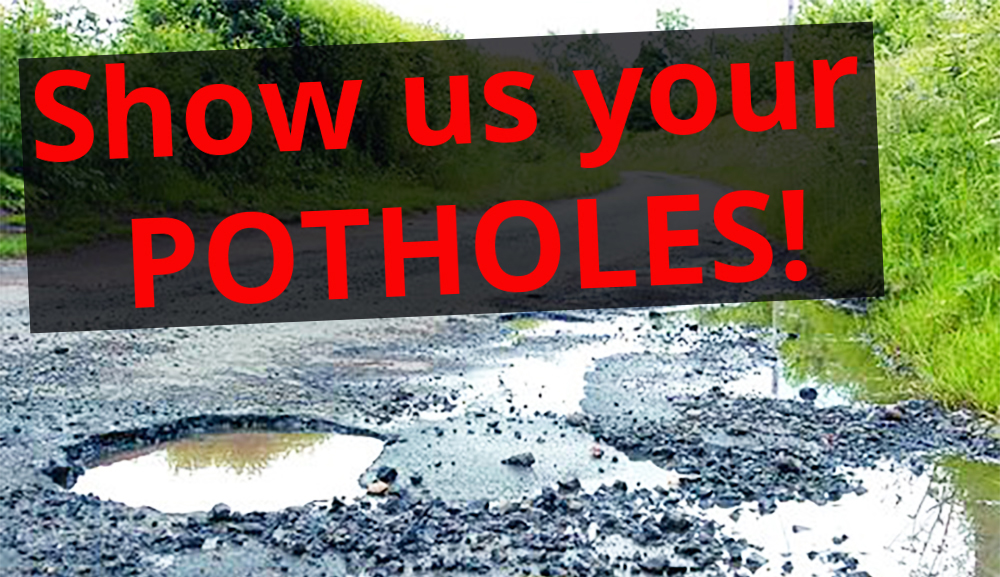 The ‘Show us your potholes’ campaign was initially launched on social media encouraging residents to upload photos of their potholes with the aim of raising awareness at the poor state of the roads in the area as well as making an attempt to get them filled by the County Council.

Leader of the Cotswold Lib Dems, Councillor Joe Harris said: “We all know how bad the roads are in the Cotswolds and unless the Government commits real investment into local roads then the situation isn’t going to get much better any time soon.”

“Our ‘Show us your potholes’ campaign is meant to be a bit of fun but it does highlight important realities, terrible road surfaces cost motorists thousands of pounds in repairs to their vehicles and there is also a safety concern as many potholes are big enough to cause an accident at higher speeds.”

“As the area’s County Councillors, Nigel Robbins, Paul Hodgkinson and I receive hundreds of complaints a year about the state of the roads, we always try and chase highways to get potholes filled as soon as possible and this small campaign is an effort to continue this.”

To report a pothole to the team visit http://www.gloslibdems.org.uk/potholes