Scouting for girls and boys at Camp Windrush

“A week of camp life is worth six months of theoretical teaching in the meeting room”, so said Robert Baden-Powell, founder of the scout movement.

Now, thanks to Gloucestershire County Council funding and the Whitby’s Boy Scouts 2nd Cirencester Company, 30 children from Cirencester have the chance to experience camp life for themselves. 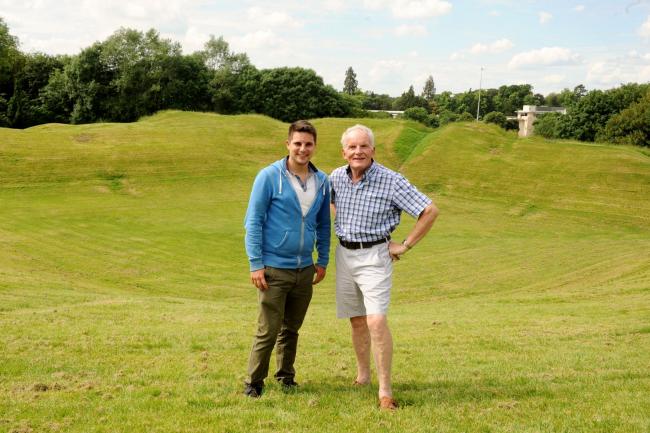 Whitby’s British Boy Scout’s are a smaller version of the scout association and work with the disadvantaged and those with disabilities.

The project took over 30 children from the Cirencester area to Camp Windrush to take part in a series of activities based around survival, fun, confidence building and developing leadership skills.

Taking on a real back to basics approach to camping, the children cooked on open fires, built shelters, foraged in the wild and worked as a team to achieve goals each day.

Using £1,500 of the county council’s Active Together funding, the group were able to cover the cost of managing the site, as well as paying for the tents and food for the weekend.

Byron Hadley, Chief Commissioner at 2nd Cirencester Scout Company, said: “We try to produce scouts that are well rounded, helpful and conscientious of others in the community and these camp experiences are usually the highlight of the year for these children, so I’m really pleased that we’ve been able to take so many away to enjoy themselves.”

“The camp was a phenomenal success and we worked hard to ensure that the scouts learned new skills and that they were able to work as a team, the camp was only possible the financial support from Cllr Joe Harris and Nigel Robbins.”

Cllr Joe Harris, local member for Cirencester Park, said: “This is a really worthwhile initiative that teaches young people the value of being active in the community.

“Working together, the children learn practical life skills alongside their peers and I’m delighted that Cllr Robbins and myself have been able to support Camp Windrush.”