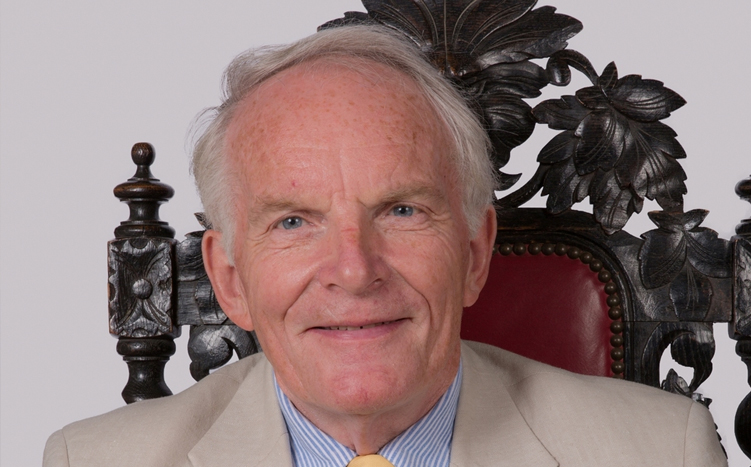 After twenty years service as Principal to Cirencester College, Nigel Robbins retired at the end of 2010.

Nigel, who was appointed a year prior to the College opening in 1991, planned the beginnings of Cirencester College from a small office in the old Teachers Centre in Victoria Road. From there he recruited his senior management team and brought together the existing Joint Sixth Form Centre, serving Cirencester Deer Park and Kingshill Schools, and the Adult Centre in Lewis Lane (which was then run by Stroud College) to create a new tertiary college.

From those humble beginnings, expansion was rapid; the college doubled in size in its first 8 years, with 16-19 numbers growing from 540 students to over 1,000 students in 1999, and then doubling again to nearly 2,200 students in the subsequent 10 years.

Eighteen months after opening in September 1991, Nigel faced the challenge of incorporation and leaving the local education authority. He had to acquire the complex skills of running a large institution without assistance. These skills included HR, Health and Safety and the financial management of properties and estates. This unfortunately meant he had to give up his first love of teaching in History and Politics.

The many accolades received by the College include the awarding of Beacon status in 2004, recognition by Ofsted as “Outstanding” in all areas in 2007, and the College’s consistent high ratings in the League Tables, including topping the league tables for Level 3 performance of students for Tertiary and general F.E Colleges in the DCSF ratings for the last four years. Nigel attributes this achievement of quality and excellence in the College to his team of dedicated and specialist staff, many of whom have been with him from the very beginning, particularly his senior colleagues.

In 2005 Nigel was awarded an OBE recognising his services to further and higher education. This inspired Nigel to become the figurehead to many campaigns nationally where he sees unfairness or injustice. In 2005 he led the debate on the closing of the funding gap between colleges and schools which was taken up a year later by the then Secretary of State for Education, Ruth Kelly. Eighteen months ago he raised awareness nationally of the EMA fiasco which led to thousands of students going without the much needed government support. This campaign was taken up by both BBC Education and the Guardian.