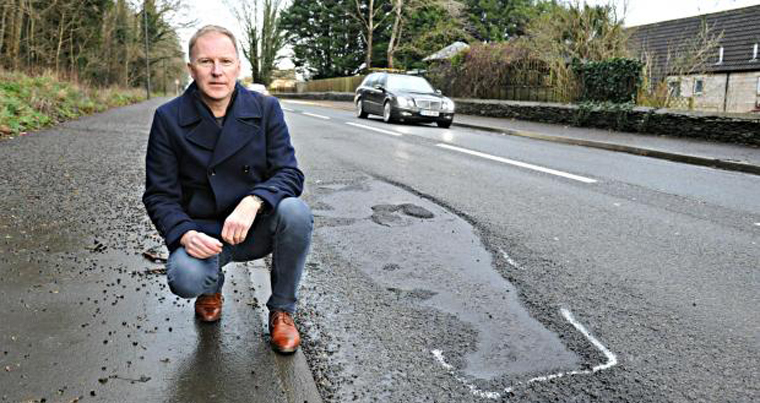 Parliamentary analysis shows that in Gloucestershire pothole maintenance funding has been cut by £478,000.

This cut comes after the Chancellor promised an extra 'Pothole Fund' recently. Even with this cash, it doesn't plug the gap and the county will lose out.

Nationally, the shortfall in cash is £25 million.

Cllr Paul Hodgkinson (Bourton and Northleach)said: "In our area local people tell me day after day that we need to fix our roads. If the Conservatives won't deliver it, we will.

"Fixing our roads and delivering for Gloucestershire is a key priority. But here we see that this money for fixing our highways has actually been cut by half a million pounds.

He added: "The Government have trumpeted the pothole funding but now our analysis shows a massive black hole.

"There were a lot of press releases on how wonderful this pothole fund was but in reality we now see that it delivers much, much less.

"We are facing 'Pot Hole Gloucestershire'. Our drivers and cyclists deserve so much better.

"Millions of drivers pay tax through the nose for awful roads that are a danger to drivers and to those riding bikes.

“It is, frankly, a national and local embarrassment.”