Gary Selwyn calls for urgent resurfacing of roads in Watermoor

Cirencester Town Councillor Gary Selwyn is calling on Gloucestershire County Council to resurface some of the worst roads in Watermoor Ward as a matter of urgency. 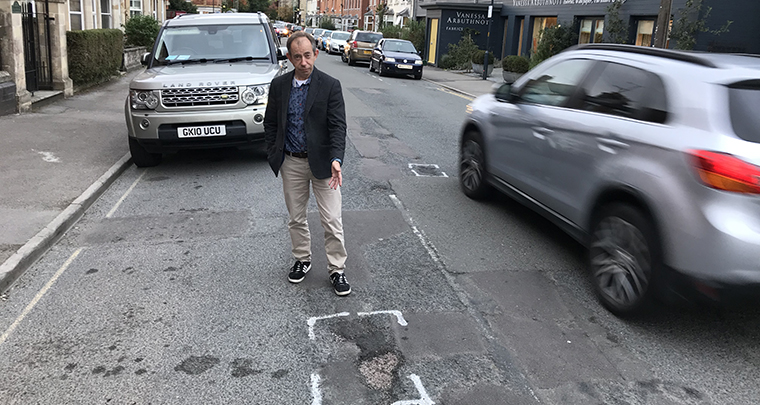 Many roads in the Cotswolds are still in a poor state of repair after sustaining significant damage last winter and temporary repairs have done little to improve the surfaces.

Two of the of the worst road surfaces in the Town are Ashcroft Road and Watermoor Road. Gary has recently written to the County Council asking them to resurface the two roads.

Gary said: “I’ve been contacted by residents who want to see action taken on improving roads and also pavements in the Cirencester.

“Cirencester’s Lib Dem County Councillor, Joe Harris, has worked hard to secure the resurfacing of many roads in Cirencester; I hope that by working with him to lobby the Council we can get some further wins.

“Many residents have also shared frustrations about the state of the pavements which along with the roads need resurfacing. This is a particular problem for elderly and disabled people who struggle to navigate the broken surfaces.

“Grit and detritus from the breakup of the roads is now scattered across many pavements so I’ve contacted Cotswold District Council in order to request a street clean along the worst roads.”