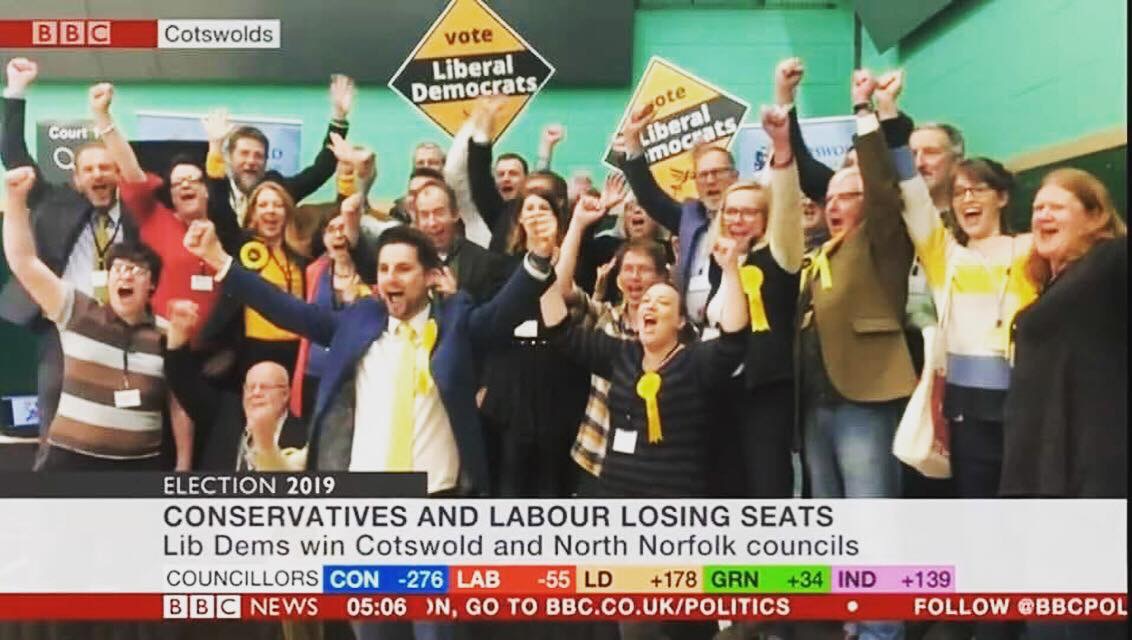 Cotswold Lib Dems have taken control of Cotswold District Council from the Conservatives after residents decide they deserve better.

Commenting on the victory Joe Harris, Lib Dem Leader said: "This is a historic win, the Cotswolds has been run by Conservatives since 2003 and this is the result of eight years of targeted campaigning and hard work on our part - the national picture certainly helped!"