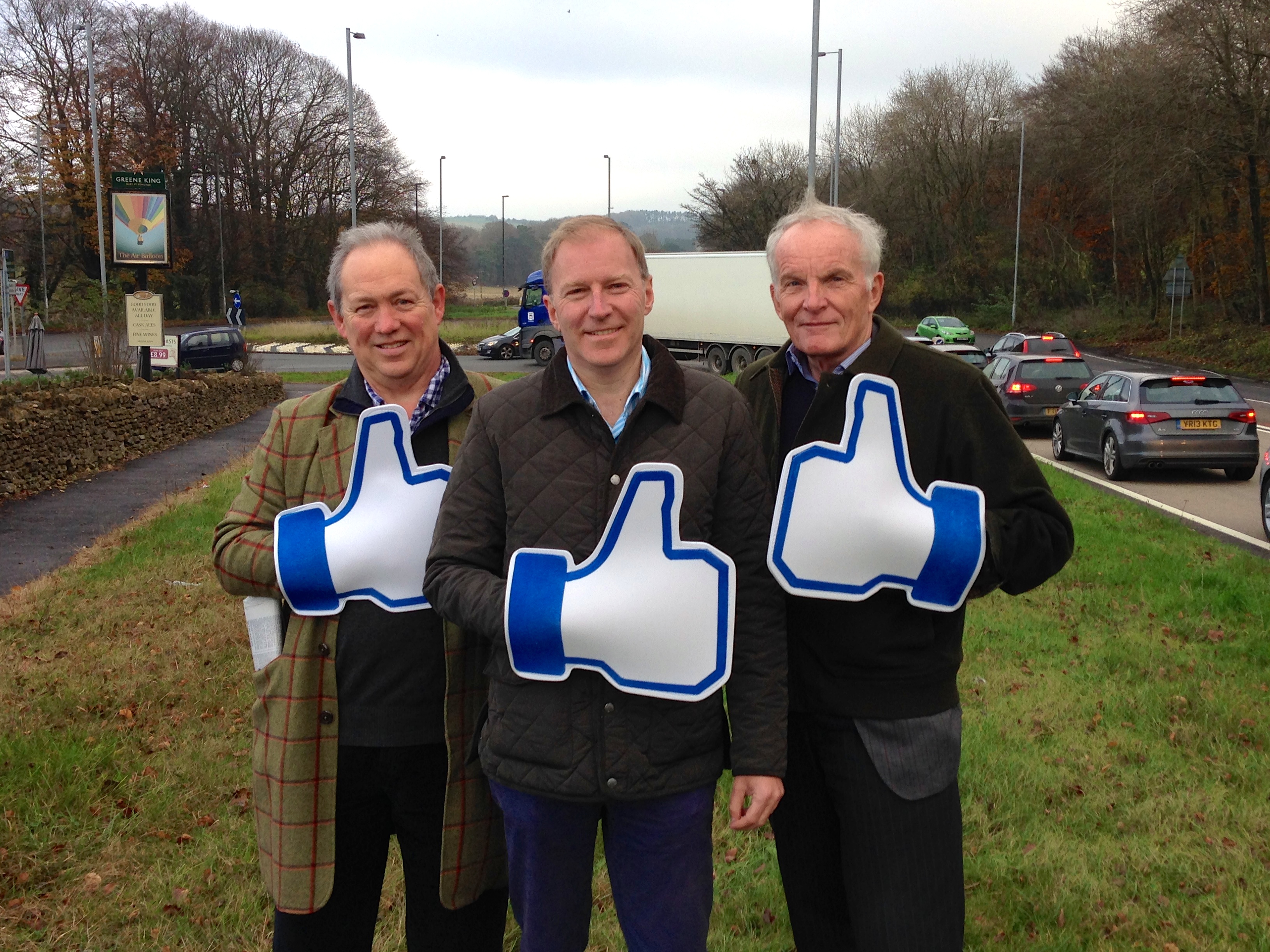 In a raft of funding for major road projects across the UK, money has been allocated to develop a solution to the notorious traffic blackspot which has seen six people lose their lives in the last year.

Cllr Paul Hodgkinson, who represents the Air Balloon area on the County and District Council, says it is great news after the years of waiting:

“After so much campaigning, so many accidents and the blight of pollution, today’s announcement is music to my ears and to the many people who’ve been wanting this. All the hard work has paid off.

“I put motions to both the County Council and District Council calling for action from Government and both of these were unanimously approved – these strong messages clearly helped influence ministers to act at last.

“Now it’s important to make sure that this area’s problems get fixed as quickly as possible and that this is combined with measures to reduce noise from the road for communities along the dual carriageway to the north and south of Cirencester.”