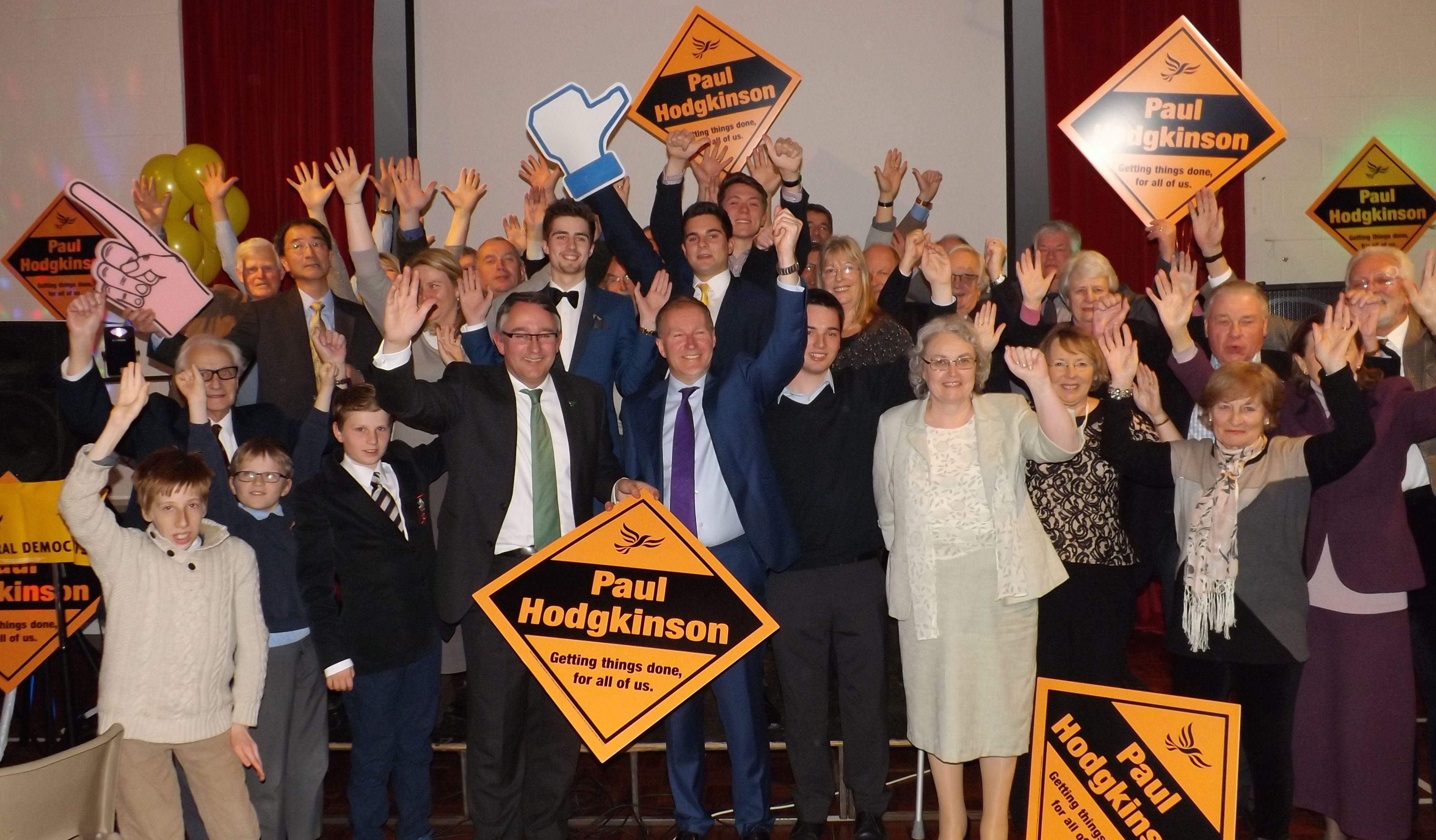 At the Westwood Centre in Northleach, 100 supporters and members of the public took part in a rally which endorsed the Party’s Prospective MP Paul Hodgkinson.

Cllr Hodgkinson, who has represented a large rural area between Cirencester and Bourton on the Water at district and county council level since 2007, is hoping to snatch the constituency from sitting Conservative MP Geoffrey Clifton-Brown.

He said that the election would be “much closer than people expect and a two horse race”.

“This has been a Conservative seat for a hundred years and now there is a feeling that those in power are detached from reality and complacent. I will be a full-time MP and my work ethic will remain as it always has been - ‘getting things done’ for people.

“Everyone in elections talks about the ‘Big Mo’ and I sense the building momentum amongst people who now have a real opportunity for change.”

“The bookies have slashed the odds on me winning this rural constituency and my team and I have spoken to thousands of residents on the doorstep”, he added.

The launch party featured the first showing of Cllr Hodgkinson’s new election video which will be released online at the start of the main election campaign later this month.

The area also has all-out elections for Cotswold District Council on the same day as the national vote in May. The Party is fighting a joint campaign to ‘bring change to the area’ as the main opposition to the incumbent Tories.

Joe Harris is the leader of the Lib Dem group on the District Council.

He told the audience that the Party is fighting every ward in the district and that the local election manifesto would focus on ‘four things to fix’:

“We will fight to protect the countryside from predatory developers and cut parking charges to bring business back into our towns. We will also keep the Cotswolds cleaner through proactive litter picking and increase  the amount of affordable housing by the Council building homes for the first time in a generation.”