FOSSE CROSS CLOSURE: Anger as fly-tipping increases across our ward 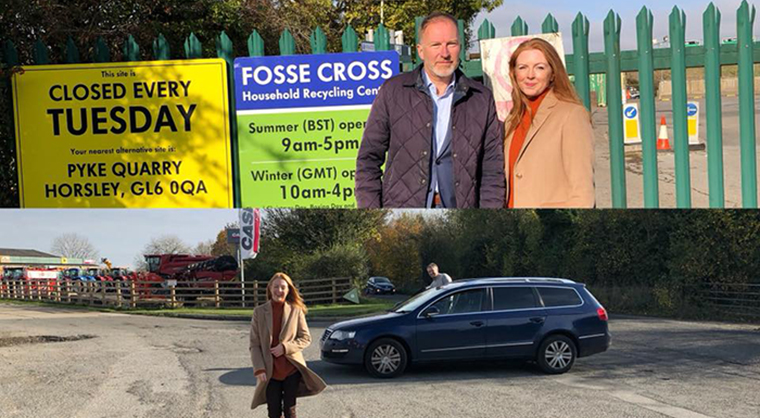 Since October the site has been closed on Tuesdays and seen the opening hours reduced to 10am - 4pm.

The move was made without any consultation with local communities including Cotswold District Council (CDC).

Local Councillor Jenny Forde successfully put forward a motion to the District Council which condemned the move and recognised that fly- tipping had increased since the change was implemented.

Jenny said: “Fosse Cross is a very good tip, it was open 7 days a week and had good opening hours, so good that you didn’t need to ever check if it was open or not. It was working and it keeps making me think – if it ain’t broke, don’t fix it!

“The small savings that the County Council stand to make as a result of this move are a false economy. These costs are simply passed on to the District Council in order to clean up fly tipping and increases to residual waste.

“We live in an Area of Outstanding Natural Beauty and it’s disgraceful that this move has led to an increase in flytipping.”