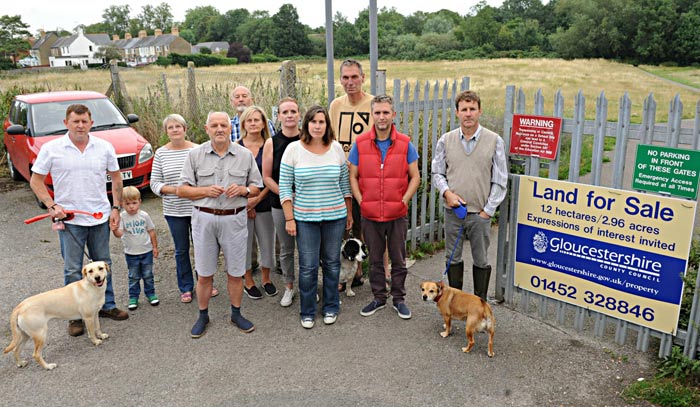 Gloucestershire County Council’s cabinet recently decided to dispose of the Victoria Road playing field and have invited expressions of interest for the site.

Cllr Joe Harris, County Councillor for Cirencester Park Division has decided to call the meeting to try and pursue a solution and to try and stop it from becoming yet another housing development.

He commented saying “Like lots of local people I spent many happy hours there whilst growing up and now as an adult I regularly enjoy the space whilst walking the dog or going for a run.”

“The first I heard about it being disposed of was when I received an email outlining the process for doing so. I want to fight to stop it being becoming yet anther housing development and the idea of the meeting is to go through why this is happening, possible outcomes and to look at next steps.”

“If we can pull interested people together then moving forward we can speak as one voice to get the best solution for the community.”

Cllr Harris also welcomed Cirencester Town Council’s decision to submit an expression of interest on the site with the aim of keeping it in community ownership.

The meeting is being held on Wednesday 23rd September, 7.30 in the Barn Theatre, Beeches Road.

Photo courtesy of the Wilts and Glos Standard