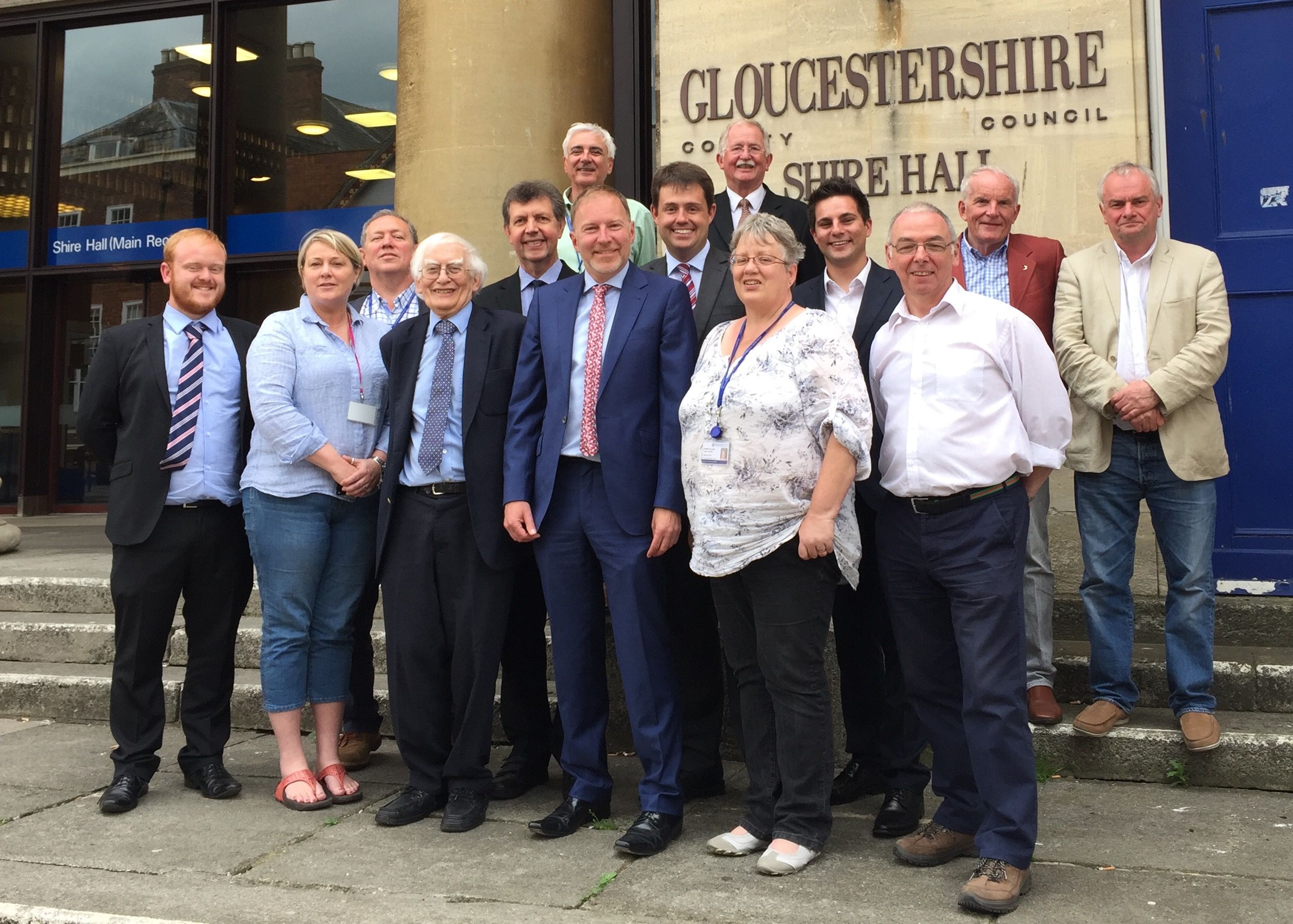 Cllr Hodgkinson is Director of his own Cotswolds based business and lives in Perrott’s Brook between Cirencester and Cheltenham. He was elected to Gloucestershire County Council again in 2013, having previously been a County Councillor in Stroud. He was elected to Cotswold District Council in 2007 and became the Liberal Democrat opposition leader in August 2009 for 5 years. Cllr. Hodgkinson was also the Liberal Democrat parliamentary candidate for the Cotswolds in the 2015 General Election and the result was in the Top 50 for the party across the country.

Cllr Hodgkinson has built up a reputation for getting things done in the community and has fought vigorous campaigns to reopen A&E services 24/7 at Cheltenham hospital, sorting out the gridlock at the notorious Air Balloon roundabout and improving road safety on the county's highways.

Cllr. Paul Hodgkinson said: "I am delighted to be elected as Group Leader of the Liberal Democrat County Group.As the biggest opposition group on the council our role on behalf of the public should be to support what we think is right but to be robust in challenging what we think is wrong and stand up for people so they have a voice in the Council.

"The Conservative track record so far has been disappointing both in government and locally with deteriorating roads, cuts to council budgets, savings being made to frontline services, gaps in broadband and appalling ambulance response times especially in rural areas. We're facing uncertain times with the Conservatives in power, but I’m in no doubt that the Liberal Democrats on Gloucestershire County Council will make our mark and leave no stone left unturned when it comes to scrutinising, challenging and holding the administration to account over the many decisions that affect residents across the county.

“In the next year, the biggest challenge is to keep Gloucestershire together in the face of the possible exit of the Cotswolds from our county. In addition, our roads and pavements are a disgrace in places and the quality of highways maintenance has to be so much better.

"I am pleased that I have the backing of my colleagues to take on this role and I am confident that we have a new highly capable and hardworking shadow cabinet now in place for the year ahead to ask those difficult questions and challenge those decisions which we believe are not in the best interests of Gloucestershire residents.

A new shadow cabinet has also been appointed including Cirencester Park's Joe Harris who will shadow children's services. He will also head up the Council's Economic Growth Committee. Cirencester Beeches councillor Nigel Robbins continues to chair the Council's Audit and Governance committee.