The Liberal Democrats in the Cotswolds are celebrating after gaining yet another council seat from the Conservatives in a recent local by-election. 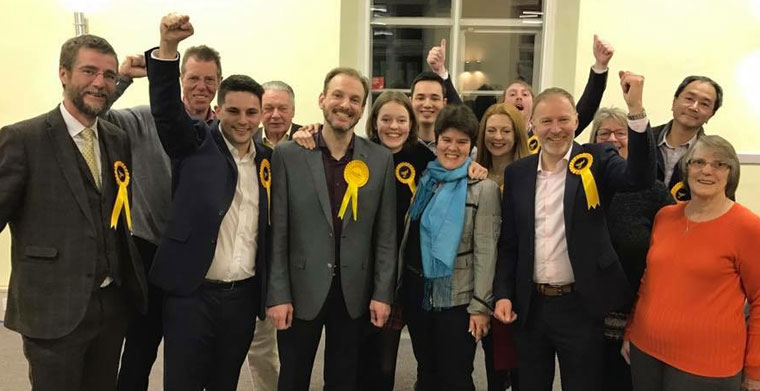 The Greens won just 15 votes (1.8%) and Labour and UKIP didn’t even stand candidates. This is the second landslide victory for the local Liberal Democrats in the space of a few months - last September Dilys Neill gained Stow-on-the-Wold with a huge swing from the Conservatives.

The Fairford North by-election took place on Thursday 9 February and saw a respectable turnout of 46.6%.

“I am truly grateful for the friendly and positive response I received throughout the campaign, and for the confidence local people placed in me.”

“With my Liberal Democrat colleagues on the District Council I will continue to work hard for residents and to campaign on issues of concern to local people.”

One key issue that caused people to switch to the Lib Dems included the Conservative’s poor record on planning after 14 years in power at Cotswold District Council. There was also concern about the government's pursuit of a 'Hard Brexit' and dissatisfaction with Conservative-run Gloucestershire County Council, which is facing an £80 million pothole backlog.

If you would like to help the Liberal Democrats win elections in the Cotswolds you can become a party member at: www.libdems.org.uk/join