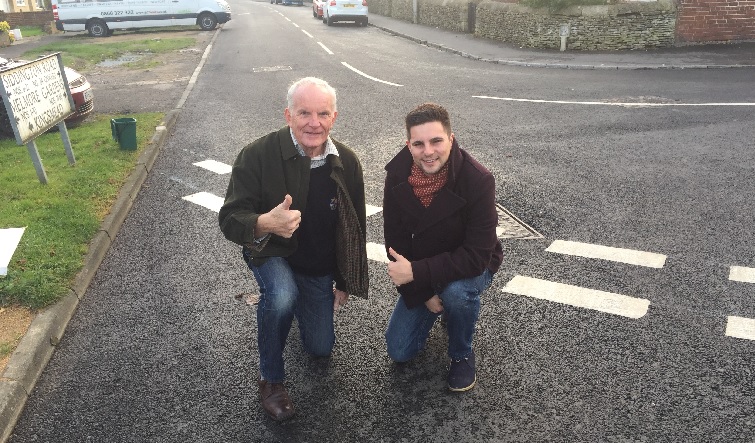 County Councillors receive a small budget to contribute towards minor repairs and improvements but have to lobby hard to secure a slice of the main budget for Highways repairs in the Town.

Cllr Joe Harris commented saying: “Nigel and I have been lobbying hard for major resurfacing schemes in the Town since being elected to GCC in 2013; everyone agrees that the state of some roads in Cirencester is atrocious and greater investment is needed.

“I’m delighted that we’ve been able to persuade Highways to repair some of Cirencester’s worst roads and we’ll continue to battle for the Town. If you’ve got a suggestion please get in touch with us.”

Cllr Nigel Robbins added: “I’m very pleased with the works that have been completed and the plans for more resurfacing in the next few weeks; along with the imminent completion of the Market Place scheme we’re making real progress on upgrading the Highway’s network in the town.

“There is still a very long way to go however and we’ll be pushing for more funding for our roads in the County Council budget in February.”
ENDS