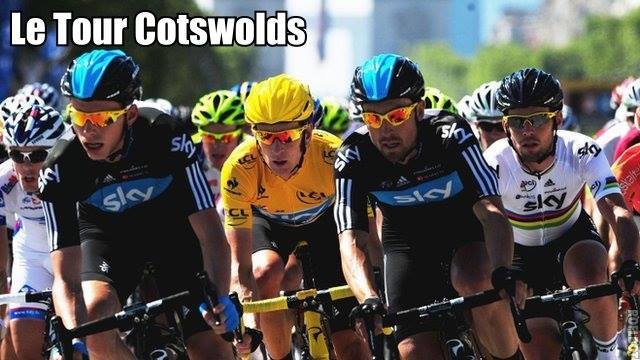 With the country gripped by cycling fever as the famous race winds its way around Yorkshire, a bold bid could mean we see the same scenes in Gloucestershire soon.

Cheltenham MP Martin Horwood has joined forces with Lib Dem Leader in the Cotswolds Paul Hodgkinson in writing to Tour organisers. They are inviting cycling bosses to consider having a Cotswolds leg of the Tour in the next few years.

Cllr Hodgkinson, would-be MP for the Cotswolds and a keen cyclist, says the area’s unique scenery would provide a perfect backdrop to the race:

“My vision is for the Tour to start in Chipping Campden, racing down the Fosse Way through Moreton, Stow and Bourton before going through the historic towns of Northleach and Cirencester. Moving  on to Tetbury and the hills of Minchinhampton what a superb advert for the Cotswolds this would be.

“The potential for tourist business is enormous. Shops in Yorkshire have already seen takings going through the roof whilst 1.5 million people lined the route. There’s no reason why we can’t replicate and better what is happening so successfully in Yorkshire right now.”

Mr Horwood feels Cheltenham would be a fantastic location to end the race:

“The Promenade lends itself to a great sprint to the finish line. Can you imagine the boost to the town it would give? The TV images would provide a real show case for the area and be a great event for us all to enjoy.

“With 3 billion TV viewers tuning in it could give the county a tremendous boost and really show off its character.”

In the letter to Tour organisers, the two men will invite them to see the area for themselves and understand the benefits of ‘Le Tour Cotswolds’.