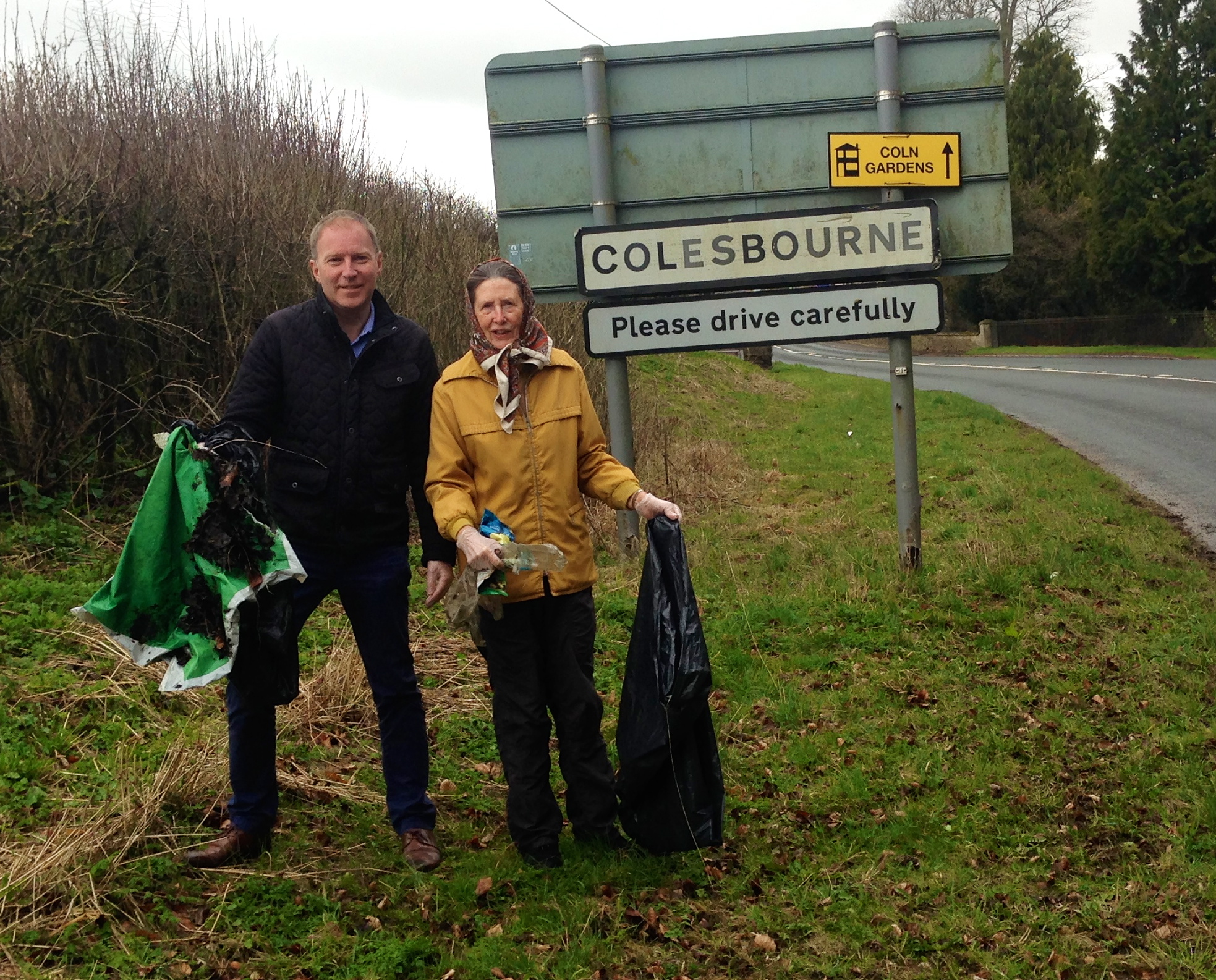 Cllr Paul Hodgkinson (Lib Dem Parliamentary Candidate for the Cotswolds) is calling for Cotswold District Council to be more proactive in clearing the area of unsightly rubbish.

At present, the Council picks up litter in some areas regularly but many rural roads face long waits between visits by waste collectors.

Cllr Hodgkinson (CDC, Churn Valley) believes the time is right for the Council to keep the Cotswolds cleaner:

"At this time of year the verges are clear of leaves and you can see the litter strewn everywhere. Fast food cartons, coffee cups and plastic bags make our unique area look like a tip. What message does this send out to visitors and residents who want to enjoy the Area of Outstanding Natural Beauty?

"Because the Council’s litter collections are so infrequent people are taking the matter into their own hands and doing litter picks themselves. I’ve been out with local residents and we brought back bags laden down with wine and vodka bottles thrown out of car windows. It was pretty shocking to see what the verges are full of.

“I know many people take huge pride in the Cotswolds and want to see it kept clean and tidy. I’m saddened by the amount of litter along the verges of our country roads and lanes and it’s time to take some action.”

Now, Cllr Hodgkinson is proposing a motion to Cotswold District Council which calls for a more proactive approach to litter picking to be taken so that A and B roads in the Cotswolds receive more regular, programmed clear ups than is currently the case.  The motion will be heard at the Council’s meeting on 24 February.

The call is being backed Cllr Joe Harris (Cirencester Park):  “It’s not just the rural roads which are a problem. Crisp packets and sweet wrappers thrown down are also spoiling our towns. I organised two litter picks recently around Cirencester with students from the Royal Agricultural University who did their bit to make the area cleaner.

“It’s not asking for much to get the Council to act on this issue and I hope the Conservatives will see sense and join with us in literally clearing up the mess. “